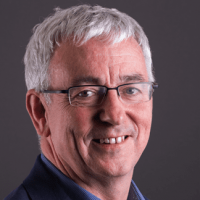 Des McNulty is Assistant Vice-Principal, Economic Development and Civic Engagement at the University of Glasgow, where he has responsibility for developing links between policy makers and researchers and other forms of collaboration between the university and the city. He will retire from that position at the end of September 2021. Des is Vice Chair of the Glasgow Commission for Economic Growth, which provides strategic advice on economic matters to the eight local authorities (elected Councils) in the Greater Glasgow conurbation who have participated in the Glasgow City Region City Deal. He is also chair of the Academic Advisory Group supporting Glasgow’s Social Recovery Taskforce which focuses on mitigating the impact of the Covid pandemic on protected groups and vulnerable communities within the city. He has written on the topics of social inclusion, resilience, poverty and inequality and is co-editor of ‘The Scottish Economy’ http://www.scottisheconomy.scot Between 1999 and 2011 Des McNulty was an elected member of the Scottish Parliament, where he served in a number of roles including as Minister for Communities and Social Justice, as opposition spokesperson on Education and as Chair of the Parliament’s Finance Committee where he was recognised for his consensual approach and the rigour with which the committee carried out its scrutiny function under his direction. He has extensive experience in change management, both in organisational leadership roles at senior level and in advisory capacities.